A downloadable game for Windows

This game is an Action-Platformer where you have to escape the level as fast as possible without been killed. Between each level, you have the opportunity to delay the explosion and increase the timer by sacrificing a mechanic or an option !

This game was created by the PowerDudes (4 Game Design students in second year) for the Ludum Dare Jam 43:

The games best core strenght is the creation of that urge to leave the ship. It really got me going and had me very motivated to beat the game.

The game also does a good job explaning the player how and why he has to make the sacrifices. It feels intutitive and understandable.

You could have been more effective with the camera of the game. Using double jump almost always leads to jumping into the unknown, taking all player agency away from the player. Also, using the left mouse button mid-air leads to instantly falling down like a rock.

You should also focus more on not punishing the player too much for dying. Instead of a game over screen, you could instantly take him back to the "strategy/sacrifice" screen with a "try again" hint as the player dies a lot in this game and the game over screen is a pretty annyoing interruption then. 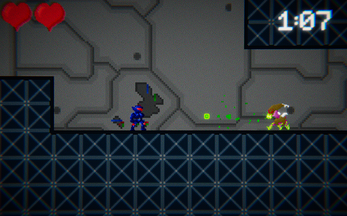 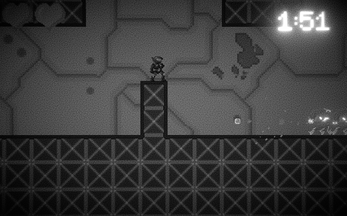 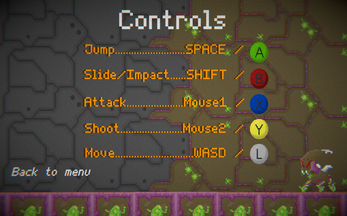